“And [God] Who provides seed for the sower and bread for eating will also provide and multiply your [resources for] sowing and increase the fruits of your righteousness [which manifests itself in active goodness, kindness, and charity]. [Isa. 55:10; Hos. 10:12.]”

“This most generous God who gives seed to the farmer that becomes bread for your meals is more than extravagant with you. He gives you something you can then give away, which grows into full-formed lives, robust in God, wealthy in every way, so that you can be generous in every way, producing with us great praise to God.”

God provides, that is not in doubt, but we must understand that God provides seed and multiplies the seed expects you to sow that seed in order to get bread and for you to have ‘full-formed lives, robust in God, wealthy in every way’ He multiplies seed! Glory to God! 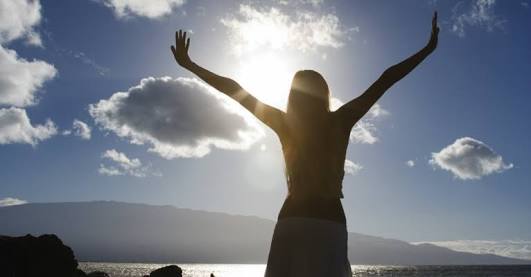 “Now an angel of the Lord spoke to Philip, saying, “Arise and go toward the south along the road which goes down from Jerusalem to Gaza.” This is desert. So he arose and went. And behold, a man of Ethiopia, a eunuch of great authority under Candace the queen of the Ethiopians, who had charge of all her treasury, and had come to Jerusalem to worship, was returning. And sitting in his chariot, he was reading Isaiah the prophet. Then the Spirit said to Philip, “Go near and overtake this chariot.” So Philip ran to him, and heard him reading the prophet Isaiah, and said, “Do you understand what you are reading?” And he said, “How can I, unless someone guides me?” And he asked Philip to come up and sit with him. The place in the Scripture which he read was this: “He was led as a sheep to the slaughter; And as a lamb before its shearer is silent, So He opened not His mouth. In His humiliation His justice was taken away, And who will declare His generation? For His life is taken from the earth.” So the eunuch answered Philip and said, “I ask you, of whom does the prophet say this, of himself or of some other man?” Then Philip opened his mouth, and beginning at this Scripture, preached Jesus to him. Now as they went down the road, they came to some water. And the eunuch said, “See, here is water. What hinders me from being baptized?” Then Philip said, “If you believe with all your heart, you may.” And he answered and said, “I believe that Jesus Christ is the Son of God.” So he commanded the chariot to stand still. And both Philip and the eunuch went down into the water, and he baptized him. Now when they came up out of the water, the Spirit of the Lord caught Philip away, so that the eunuch saw him no more; and he went on his way rejoicing. But Philip was found at Azotus. And passing through, he preached in all the cities till he came to Caesarea.”
‭‭Acts‬ ‭8:26-40‬ ‭NKJV‬‬

2. The eunuch is returning from a pilgrimage to the Temple, a place laden with Spirit-filled 1st century Christians, and he leaves still not knowing Christ. Was he overlooked or ignored? Was there no one there that could see his need and help him? Was he not connected? Did he not see or feel God in that gathering? What went wrong? Was it not his time? Or was God just preparing him for a closer encounter? We may never know exactly the reason but we can be assured of one thing, God saw his heart, that he was seeking for a personal knowledge of Him and He made it possible through a Faithful, Available and Teachable (FAT) vessel.

As we go through today can we ask the Holy Spirit to open our eyes to opportunities to meet the needs of others and may we be sensitive enough to see when He is prompting us. May we take our eyes off the ‘destination’ and enjoy the journey and go as He leads.

“I promise you what I promised Moses: ‘Wherever you set foot, you will be on land I have given you—”
‭‭Joshua‬ ‭1:3‬ ‭NLT‬‬

Divine health is land my God has already given me!

Abundance is land my God has already given me!

Protection and security is land my God has already given me!

Whatever thing I need and require is Land my God has already given me!

Glory Alleluia! My God has already given me all that I could ever need or ask for!

It is mine already! 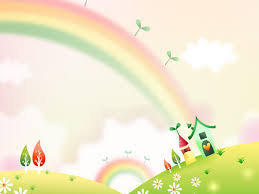 A life of thanksgiving prepares and opens our hearts to see the path of the Lord and to follow it. It shines a light in the dark places and our feet are aligned to the way we should go.

Are you living a life of thanksgiving? Is your heart continually open to the Lord? Or do the cares of this world becloud your vision! Let praise and thanksgiving rise up in your heart even right now to the God who is able to do exceeding abundantly far above our expectations!

You are God from beginning to the end, there is no place for argument, You are God all by yourself!!

“But giving thanks is a sacrifice that truly honors me. If you keep to my path, I will reveal to you the salvation of God.””
‭‭Psalms‬ ‭50:23‬ ‭NLT‬‬

““It’s the praising life that honors me. As soon as you set your foot on the Way, I’ll show you my salvation.””
‭‭Psalm‬ ‭50:23‬ ‭MSG‬‬

“He who offers a sacrifice of praise and thanksgiving honors Me; And to him who orders his way rightly [who follows the way that I show him], I shall show the salvation of God.””
‭‭PSALM‬ ‭50:23‬ ‭AMP‬‬

“From his abundance we have all received one gracious blessing after another.”
‭‭John‬ ‭1:16‬ ‭NLT‬‬

“We all live off his generous bounty, gift after gift after gift. We got the basics from Moses, and then this exuberant giving and receiving, This endless knowing and understanding— all this came through Jesus, the Messiah. No one has ever seen God, not so much as a glimpse. This one-of-a-kind God-Expression, who exists at the very heart of the Father, has made him plain as day.”
‭‭John‬ ‭1:16-18‬ ‭MSG‬‬